There have been scenes in a few movies over the past few years where a particular type of car has been the butt of many jokes. It’s the humble Toyota Prius. On the face of it, this innovative car is hardly a show stealer, but when we focus on the car – we come to realize that the vehicle is an industry leader, it’s stylish, and it’s an effective car. It doesn’t deserve to be the punchline! The king of the petrolheads, Jeremy Clarkson himself, started this off a number of years ago by launching a scathing attack on the Toyota Prius, which was to be quite honest – ridiculous and unfair. For some reason, dads everywhere have decided to emulate Clarkson and mock the Prius, but to a fault. If you know anything about cars, anything at all, you’ll know that the Prius is a decent car. But it’s a bit more than that.

The evolution of the Prius from a rather unassuming little thing – the average car – has been quite a sight to behold. While many may have had reasons to hate on the flagship motor of the Japanese brand, those reasons are eroding faster by the day. Many of the reasons behind Prius hate? They are totally made up – preachy hybrid owners, smugness, boringness – these are all concepts to latch onto that simply don’t exist. Strap in, this is going to be a bit of a long read – but if you’re going to need persuading to get behind the wheel of a Prius in 2017, these next one thousand or so words will hopefully be just the trick, you won’t regret it. It’s an absolute must buy, or if you dont have enough money to buy a new Prius you can look into renting one from Hire-Brid.

Prius? It’s a historic make for one big reason. It’s the world’s very first mass-produced hybrid car. That’s a mix of petrol and electric engines – giving it a very ‘best of both world’s feel. The Prius became a bit more of a statement though – mainly to do with it’s environmentally friendly background, being a part electric car. When the first Prius hit showrooms just before the start of the new millennium, nobody thought a hybrid could be taken seriously, let alone a fully electric car – but we are starting to see a focus on green cars and electric motors. This is especially the case in France – the country are set to ban the sale of petrol cars within the next twenty years, with 2040 being the target. To say the Prius led the way? Well you would not be wrong, not at all. This latest Prius? It’s producing around seventy grams of Carbon Dioxide per every kilometer traveled, and you’ll get 94.1 miles to a gallon from it, which are pretty decent figures for a car big enough for the family.

The 2017 Prius has been sexed up in terms of looks. The older models were derided for being boring, but this is absolutely not the case with the 2017 Prius – which brings sleeker angular looks to the front of the car. The new Prius also sits a lot lower than normal, giving it a bit of a different feel as well as a lower frame. Sitting closer to the floor has always been cooler, anyway. 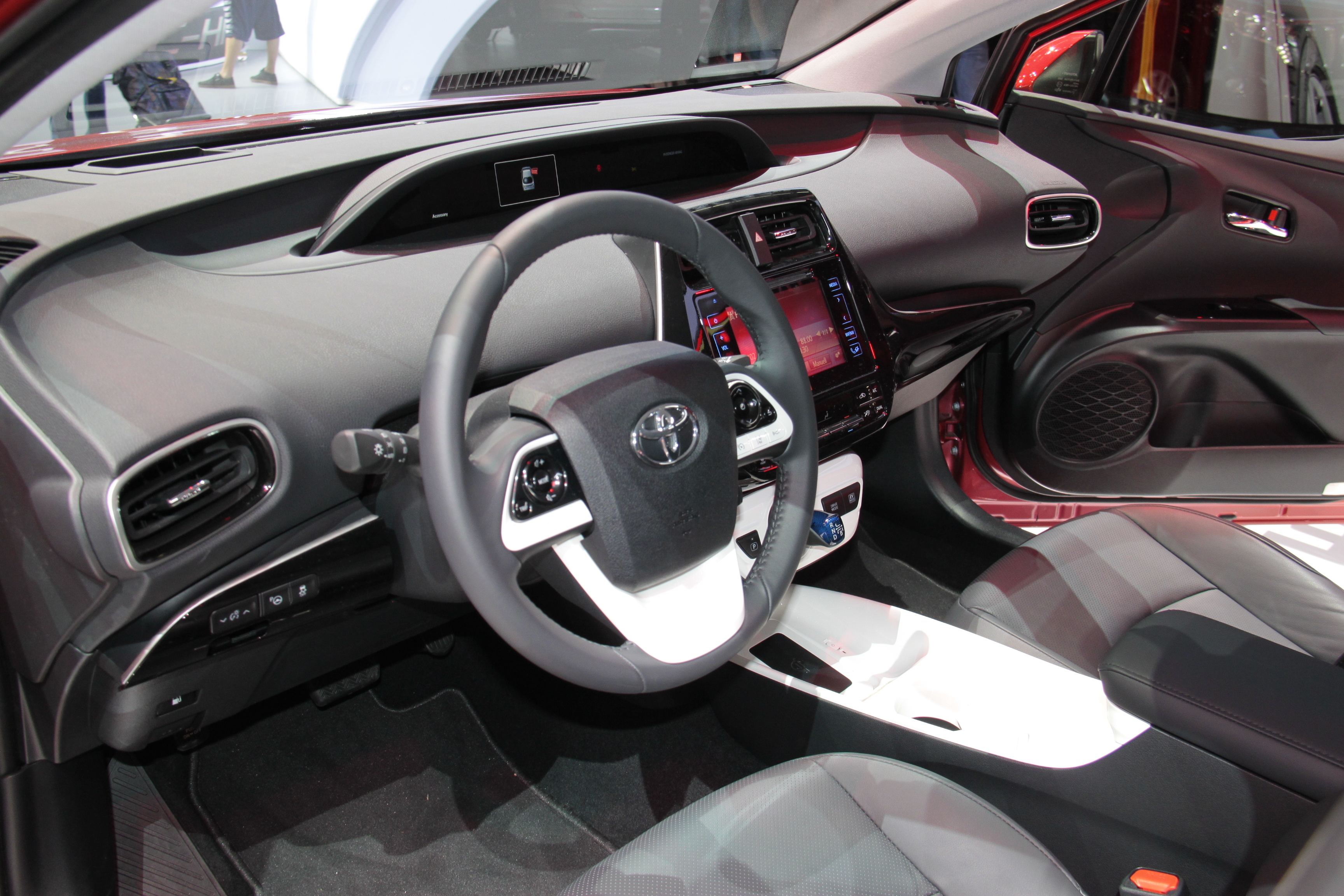 It’s a bit larger than its predecessors though, despite it being modeled to appear sleeker. The biggest benefit of this external expansion? It’s the spacious interior, which shouldn’t be taken for granted! The 2017 Prius is a comfortable ride because of these design choices – adding both fashion and function. Can’t argue with that! The trunk also benefits from this size – offering 343 litres of space in the back of the car. You’ll fit everything that you need into the back of a Prius. Passenger space is quite decent, with generous leg room being afforded to back seat passengers, however the low sitting roof sacrifices head space in the back of the car. The Prius is a car with comfort, mostly, in mind.

While we are speaking about the interior, the Prius lives up to it’s name as an innovator – meaning it doesn’t exactly phone it in when it comes to internal equipment. Your Prius will come equipped with a touchscreen media system, Bluetooth, DAB radio, audio inputs, USB connections. Dealership upgrades mean that you can bring in the TOUCH 2 personal assistant, which will bleat your text messages to you – but the biggest upgrade is the GO PLUS, which offers a wireless hotspot within the car along with a Nav system. An incredible development. If you avoid the entry-level Prius, you’ll also get a wireless phone charger. You’ll also see a  power outlet in the back of the vehicle, along with plenty of spaces for your arms and cups.

Safety is a key feature of the 2017 Prius, and while it isn’t the sexiest of features, it’s still key. For accident lawyers, One Call That’s All is the slogan you’ll need – but you certainly won’t need it all that much if you’re running with the Prius. Especially this new version. WHICH? Magazine had a deep look at the safest care of 2017. You’ll never guess what won. The Prius wasn’t just an innovator in greener tech with its hybrid engine, but through its safety measures as well. That’s good to know! The European New Car Assessment Programme is a programme to test the performance and safety of new build cars. The Prius got off to a great start in safety tests, bringing home the highest scored in NCAP tests.

Safety features are becoming standardized – especially reverse AEB – but the Pris excels at this. The AEB system in the Prius gained the maximum points available during Euro NCAP tests. The AEB helps the driver detect objects while reversing. It’s not just reversing where safety is the highlight – the Prius is also designed for pedestrian safety, meaning that a Prius is a relatively safe car to be hit by. You won’t enjoy it, but for accidental collisions – you’d likely choose to be hit by a Prius if you were forced to choose! That won’t ever be the case, but at least you know the Prius is a car designed with safety in mind. Everyone’s safety.

Other features in the 2017 Prius? Lane-keeping assistance. It’s a standard feature across most cars, but the Prius can take control of the steering if a car drifts out of its lane. There is also road sign recognition, which alerts the driver to road alerts – such as the speed limit. It’s a pretty sophisticated car, and you’d expect all of this safety kit to come as standard. There’s a lot fitted in this car and WHICH believe that it is serious value for money. Who are we to disagree?

Let’s get onto the meat of the matter. The Prius is competing for your attention with a crowded hatchback market. Autocar found that the Prius came in barely slower than a Ford Focus in hitting 60mph. Then it gets better than the focus hitting 70mph and onwards.

You’d be a fool to buy the Prius for power and speed – it’s more for comfort and reliability. That’s true, considering you’ll get over 90 miles out of a gallon of fuel. This car is for commuting and some of its features, namely adaptive cruise control are more than capable of managing the car during congestion and traffic jams. This car is a commuter’s dream and takes a lot of stress out of driving – something you’ll need more than a naught to sixty stat. The comfort of the Prius extends to its handling. This isn’t a muscle beast of a car and you’ll know that when you are behind the wheel. It’s easy to drive, and it handles well over clean and rough surfaces alike. It’s responsive and an all-round good drive. If you’re looking for a stable, easy rider – then you’re looking for a Prius. It’s agile, but responsible – and that should appeal to families as well. For the commuter or the family patriarch/matriarch, it seems that the Prius is the way to go for comfortable driving. 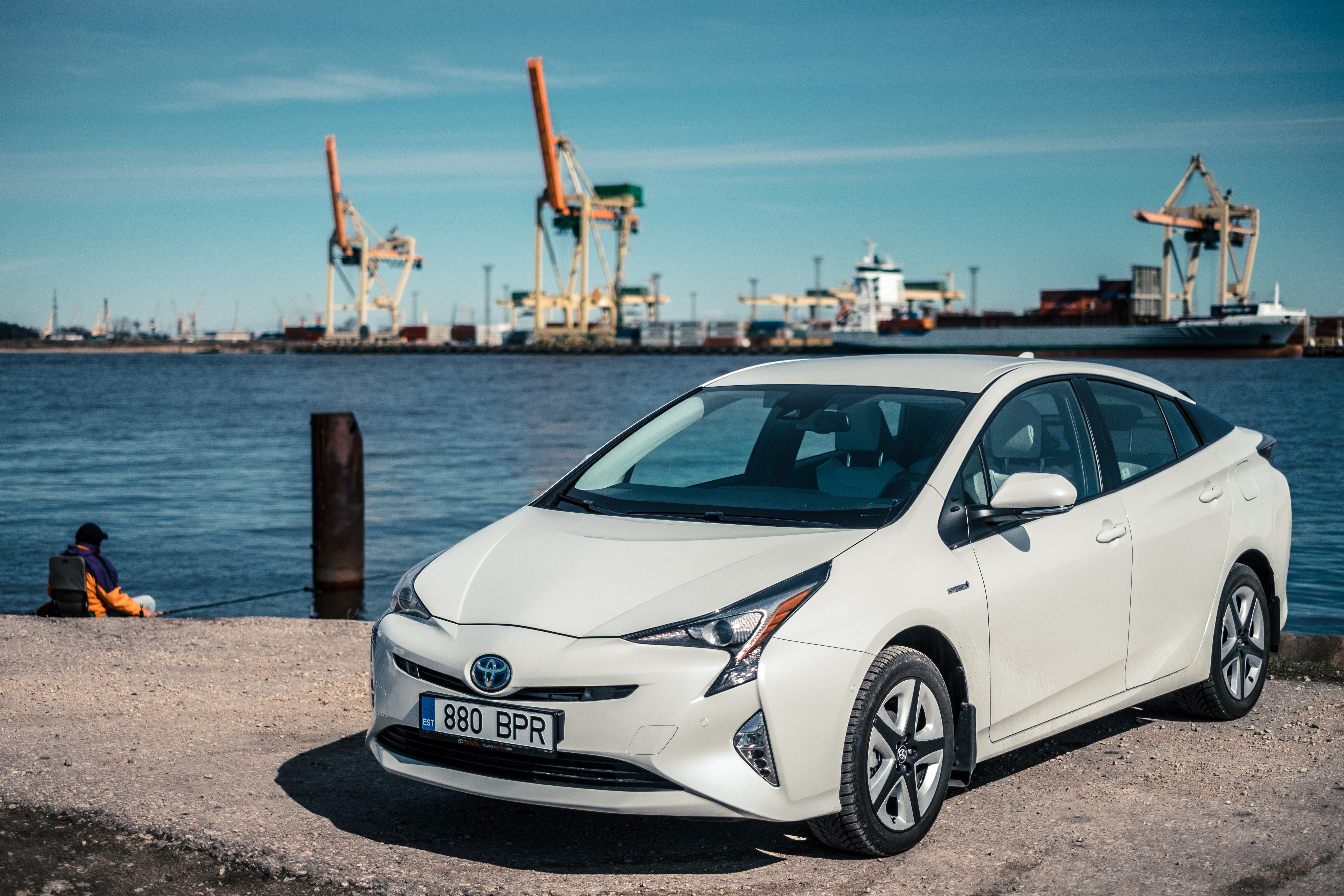 The 2017 Prius isn’t a Ferrari Enzo, it’s not a Tesla and it’s not a Land Rover. If you’re looking for power, looks and carbon free usage – this is not the car to buy. For all intents and purposes, and for everything else, however, this is certainly the car to buy. The 2017 Prius is safe, stylish, comfortable and reliable and everything you’d want out of a car that gets you from A to B. If you’re looking for more from your motor, you’ll need to look past the Prius, but for everything else, this car can do no wrong. It’s a must buy for the market – and you could do worse than pick up this seriously underrated car. It’s cost-effective, environmentally friendly and for the average joe, it’s a car that will give you value for money. There’s not much that the 2017 Prius gets wrong, and there is an awful lot that it gets right.

Go to an endless fun-filled family day with Fortuner 2.7 SRZ

Toyota Etios Cross test drive is a must for gutsy Indians

This website uses cookies to improve your experience while you navigate through the website. Out of these, the cookies that are categorized as necessary are stored on your browser as they are essential for the working of basic functionalities of the website. We also use third-party cookies that help us analyze and understand how you use this website. These cookies will be stored in your browser only with your consent. You also have the option to opt-out of these cookies. But opting out of some of these cookies may affect your browsing experience.
Necessary Always Enabled
Necessary cookies are absolutely essential for the website to function properly. This category only includes cookies that ensures basic functionalities and security features of the website. These cookies do not store any personal information.
Non-necessary
Any cookies that may not be particularly necessary for the website to function and is used specifically to collect user personal data via analytics, ads, other embedded contents are termed as non-necessary cookies. It is mandatory to procure user consent prior to running these cookies on your website.
SAVE & ACCEPT
Loading Comments...