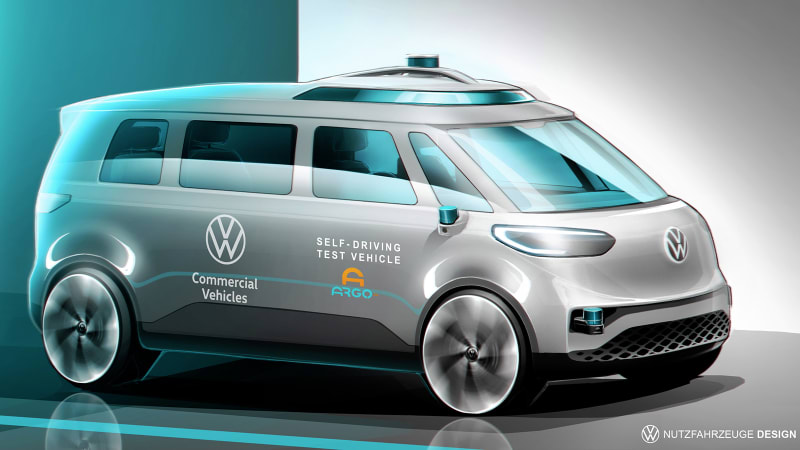 The Volkswagen ID. Buzz will be a major model just because it’s the first time VW has actually put a retro microbus into production and an electric one. However, this importance continues as the company has announced that it will lay the foundation for its first drive-ready autonomous vehicles. The prototype tests will begin this year. It is planned to launch autonomous models in 2025 and use them in a ride-sharing program such as VW’s MOIA program in Hamburg and Hanover in Germany.

The announcement also includes a representation of the planned autonomous ID. Buzz. It comes very close to the concept cars in both the passenger and commercial versions. The openings of her and the window are almost all the same. Since it is an autonomous vehicle, various radar or LIDAR sensors are of course attached to the corners, including a prominent one on a roof arch. It gives him the look of the bridge on the Enterprise. Another interesting change is the lack of a two-tone paint or trim line that dips into the nose to emulate classic VW vans. While it’s obviously still retro, we hope VW continues to offer a two-tone color scheme. After all, the lower grille looks simplified and is more like that of ID.4 and ID.3 than the myriad of little holes like the concepts.

We are also approaching the final display of the production ID. Buzz. VW mentioned the van will be unveiled next year. The company had said this a few years ago, but we’re happy to know the pandemic didn’t derail and delay production plans.