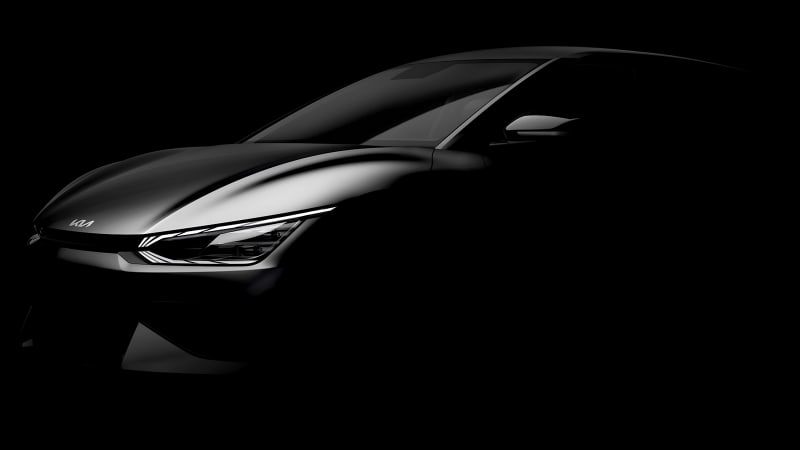 After Hyundai showed off its E-GMP electric car with the crumpled Ioniq 5, it is Kia’s turn to show what it can do. The first of his E-GMP vehicles is called the EV6, and with these teaser pictures we get a first clear impression of it. As far as we can see, it looks drastically different from the Hyundai.

While the Hyundai is sharp-edged with a relatively conventional hatchback, the Kia is curvy and has an aggressive fastback roofline. The fenders are over the top, especially the pumped out rear ones. The lighting is similarly organic with stylized LED running light elements. The taillights even extend into the rear fenders. The turn signals are sequential and reflect the arc of the taillights. And unlike the Ioniq 5, there isn’t a pear that contains a retro bone in the Kia’s body.

The EV6’s dramatic body is drilled via the Ioniq 5’s E-GMP electric car platform. That means it will likely be offered with the same options as a single rear-mounted 215 hp engine and rear-wheel drive, or two 302 hp engines with all four wheel drive. It will support ultra-fast 800 volt charging and the ability to remove devices from the car battery, and it will likely have battery capacities of either 58 kWh or 77.4.

With the unveiling on March 15th, we only have to wait a week to see this new Kia. Most of the specifications should then be revealed along with full photos of the outside and inside.