The History of Automotive Safety

Back years ago, there was little thought given to how safe cars were. Back then, autos had just two real safety features: brakes and headlights. The problem was that these “horseless carriages” were so new, and went so slow, that no one realized how dangerous they could be. As time went on, however, they got bigger and faster and the safety for the driver and passengers in automobiles became an issue.

One of the first

After the brakes and headlights, the next safety feature was the electric starter. Here’s why. Before electric starters were developed, car engines were started by hand crank. Not only did this require a great deal of strength, it could hurt you badly. The problem was backfiring. If the engine you were cranking accidently backfired, which was very common, the crank could kick back and strike the person cranking the engine. As the story goes, in 1914 an automotive engineer by the name Charles “Boss” Kettering had a friend die when a backfiring crank hit him in the jaw. Kettering immediately went to work and soon developed the first electric starter. It sounds simple today, but the electric starter was and remains one of the most important innovations in automotive history.

Most people who’ve driven a trailer have experienced at least a few heart-pounding moments when their trailers started to sway and they worried they might lose control of the vehicles. One way to help ensure disaster won’t strike, especially if you’re pulling a very large load, is to use a weight distribution system.

The next twenty five years

From 1915 until 1940, automobiles evolved pretty much continuously. Each model year, the technology would advance with more power, style and utility. Yet for the safety features of the automobiles, not so much.  Safety was an occasional thought but it was completely driven by marketing departments. If a “safety feature” sold more cars, then it was quickly adopted.

World War II saw a halt in the production of automobiles. When the war was over, GI’s brought home with them pent up demand for new cars and Preston Tucker was waiting. Tucker wanted to build the first really safe automobile and the Tucker Model 48 was the result. It featured a cabin with a padded dash, had a center headlight that turned with the wheels and offered dozens of other innovative ideas. Unfortunately, business problems arose at Tucker Motors before Tucker reached large scale production.

When the baby boom came along, parents became more concerned with safety, as did the Federal Government. By the 1950’s, rudimentary seat belts became optional on some Ford models and we are told by our friends at Patrick Volvo of Schaumburg, a local Volvo dealer in Schaumburg, IL, that three point safety belts were actually pioneered by Volvo in 1959. The automobile manufacturers were slowly adopting features that were designed with safety in mind. 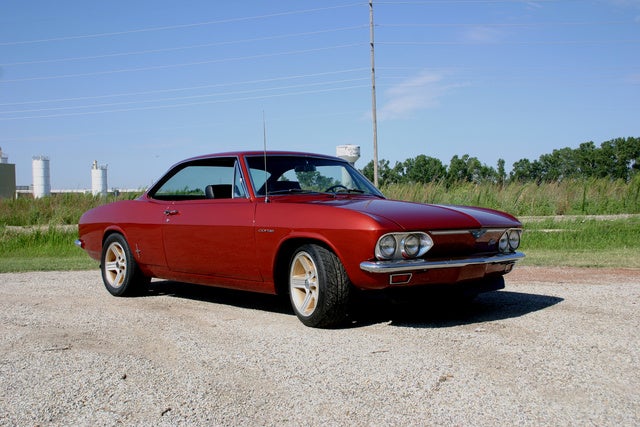 In 1965 Ralph Nader published a vicious denunciation of the automotive industry in his book Unsafe at Any Speed.  While it made an example of the Chevrolet Corvair, it was an indictment of the automotive industry as a whole.  The book quickly ignited Washington, where legislation was soon passed that would become the basis for the National Highway Transportation Safety Administration (NHTSA).

Another important advancement came not from the vehicles themselves, but from the method of crash testing. Historically, crash test performance was based on the damage to crashed cars. When the industry started data collection on crash test dummies, the passenger became the focus in car crashes. The car manufacturing industry soon realized it was no longer good enough to just restrain the passengers with the seat belts. The automotive structure needed to be designed to minimize injuries during collisions too.

Driven by the federal government and a general awareness of automotive safety, safety engineering is a now a major issue for all manufacturers. While some will fuss about all the cumbersome regulations involved, it’s important to keep in mind that the survivability of accidents has increased many times over since the 1960’s.  In the future, we will undoubtedly see further innovation, improved crash performance and more human lives saved.