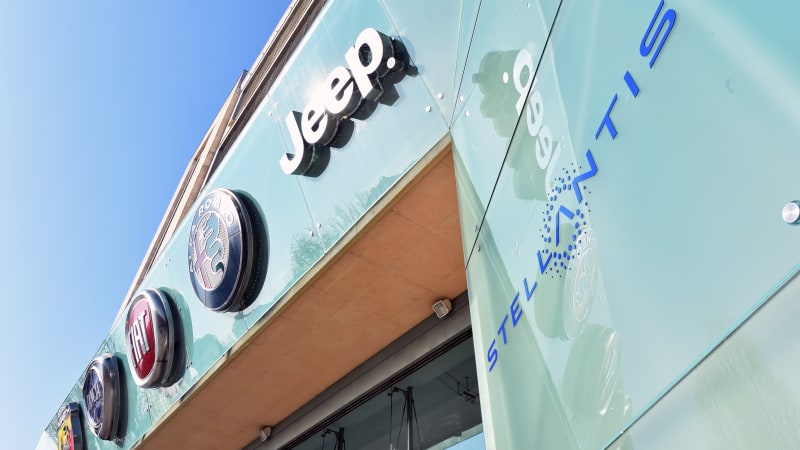 MILAN / PARIS – The newly formed Stellantis, a combination of Peugeot maker PSA and Fiat Chrysler (FCA), is looking to use its clout to take on rivals looking to produce more electric vehicles, CEO Carlos Tavares said on Wednesday.

Stellantis is now the fourth largest automobile manufacturer in the world with 14 brands, including Opel, Jeep, Ram and Maserati. Like his colleagues, Stellantis suffers from a semiconductor shortage and investment in electric vehicles.

“This is not a crisis fusion,” he said at an analyst conference after Stellantis forecast higher profitability in 2021 and PSA and Fiat, which merged in January, reported better than expected results for 2020.

“This is a merger that will open up new opportunities for a solid company with talented people … who don’t want to end up in a legacy or dinosaur position.”

Stellantis aims to achieve savings of over 5 billion euros per year through the merger and to meet the challenges of the industry.

Automakers are making efforts to develop electric vehicles to meet Europe’s stricter CO2 emissions targets. This week, Volvo joined a growing number of automakers aiming for an all-electric lineup by 2030.

Stellantis plans to have fully electric or hybrid versions of all of its vehicles available in Europe by 2025, largely in line with the plans of top competitors like Volkswagen and Renault-Nissan, although Stellantis has yet to continue to achieve that goal.

The group said the 2021 results should be supported by three new high-margin Jeep vehicles in North America and a strong pricing environment there. The US market has made profits at FCA for years and is initially the strongest part of Stellantis.

The automaker is aiming for an adjusted operating profit margin of 5.5% to 7.5% this year.

This corresponds to an aggregated margin of 5.3% last year: 4.3% at FCA and 7.1% at PSA without a majority stake in the parts manufacturer Faurecia, which is to be spun off from Stellantis shortly.

Tavares said he did not consider the instructions cautious. The global COVID-19 pandemic is believed to be no longer causing significant lockdowns, but the executive warned of other headwinds, including rising commodity prices.

The industry is being squeezed by a global shortage of semiconductors caused by COVID-19, used for everything from maximizing fuel consumption to providing driver assistance functions.

Tavares said the issues may not be fully resolved by the second half of 2021 as some auto competitors have waned, citing supplies as the “big unknown” for 2021 revenue.

The group is currently working to reorganize some of its factory settings but has committed not to close any factories and finalize new management teams.

One of the priorities for 2021 is also setting a strategy for China, Tavares said, where some Stellantis brands have struggled more than competitors.

Tavares, who previously ran PSA, saw margins improve at the French automaker by cutting costs, simplifying the range of vehicles and creating synergies on the Opel / Vauxhall acquisition, a strategy that hopefully investors can repeat.

Stellantis is planning a capital market day in late 2021 or early 2022. The group’s shares closed flat on Wednesday.