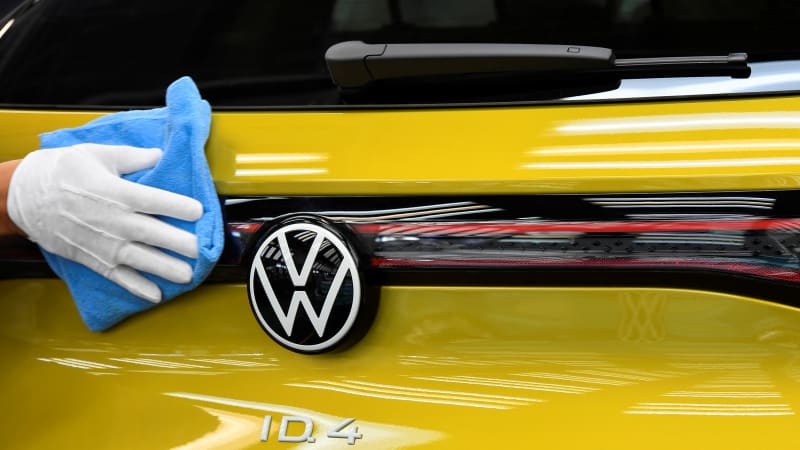 FRANKFURT – Volkswagen is confident that cost reductions will help increase profit margins in the coming years, the world’s second largest automaker said Tuesday, a day after outlining an ambitious expansion of electric mobility.

“Our good performance in 2020, a year marked by crises, will give us impetus to accelerate our transformation,” said CEO Herbert Diess in a statement.

In addition to operational shutdowns due to the coronavirus pandemic and slow sales immediately afterwards, Volkswagen was hit by a global chip shortage that caused the automaker to miss production of 100,000 vehicles. Despite this headwind, the company’s preferred stock surged up to 5% to its highest level since July 16, 2015, as the automaker had a market valuation of more than 116 billion euros ($ 138 billion). You have been active for more than a third year.

Volkswagen aims to more than double electric vehicle shipments to 1 million this year, adding that a standardized platform model introduced years ago for vehicle production will be used for software, batteries and charging.

Diess’ comments come a day after Volkswagen announced plans to build half a dozen battery cell systems in Europe and expand infrastructure for charging electric vehicles around the world. This accelerates efforts to overtake Tesla, which is building a battery, powertrain and vehicle assembly plant in Germany.

Stellantis, the world’s fourth largest automaker, formed by the merger of FCA and Peugeot maker PSA in January, is targeting an adjusted operating profit margin of 5.5% to 7.5% this year.

This will be achieved by reducing fixed costs by € 2 billion by 2023 compared to 2020, a 5% decrease and a 7% decrease in material costs over the same period, Volkswagen said.

When asked about the closely observed question of a possible listing of the luxury division Porsche AG, Diess said that in view of the importance of Porsche for the turnaround efforts of the automobile manufacturer, no immediate measures are necessary.

“So you have to think very, very carefully about every step,” he said.

In order to get a better grip on personnel costs, Volkswagen offered older employees early or partial retirement on Sunday in order to cut up to 4,000 jobs in its plants in Germany. The group employs around 670,000 people worldwide.

“We want to put the ambitious transformation of the Volkswagen Group on a solid financial basis,” said the new CFO Arno Antlitz.