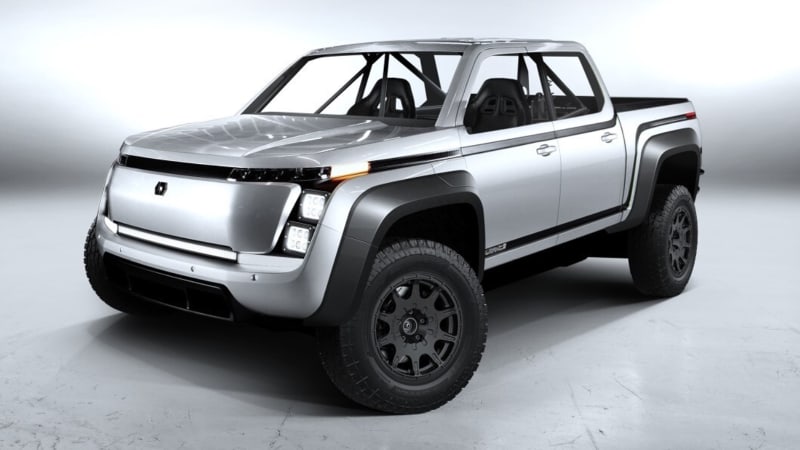 Lordstown Motors has released an illustration of the racing car they are planning for the San Felipe 250 off-road race in Ril. We’ve seen them test out the skateboard the pickup is based on, but this is their first look at what the finished racing truck will look like.

Unsurprisingly, the answer is very similar to a Lordstown Endurance pickup truck, but has been upgraded to tackle the unpaved terrain of Baja California, Mexico. While it doesn’t look too different at first glance, a closer look reveals some significant changes. Below that are the four powerful driving lights that fill the space between the headlights and daytime running lights. It’s a nice integrated look that delivers lumens without the need for a bar of light over the grille or roof. The wheel arches have also been modified with wide fender flares to accommodate wheels and tires that are much larger than the standard. Mall crawlers say we’re not fans of black fairings, but they look like parts of an off-road racing car.

The truck is also higher than the standard. This could be due to off-road bumps and springs, as well as the chunky off-road tires. Further concessions for racing are the removal of side mirrors and windows, a stripped-down interior with a roll cage and two racing seats.

The truck will be the first EV to compete in the San Felipe 250, which is actually 290 miles long. That difference isn’t a big deal for a gasoline vehicle, but a stock 600hp Endurance output has a range of 250 miles, and that’s likely to be the case if it doesn’t get the full e-beans for an extended period of time. As mentioned earlier, they either need to charge the truck during the race or add 40 miles to the battery capacity.

Steve Burns, CEO of Lordstown, calls the chassis “probably the toughest skateboard ever designed or built,” so the race will be a good test of that claim. One thing we can say is that the endurance looks pretty good as a racing truck. It might not be a bad idea to sell it with the styling options and lift seen in the rendering when it goes on sale in September.