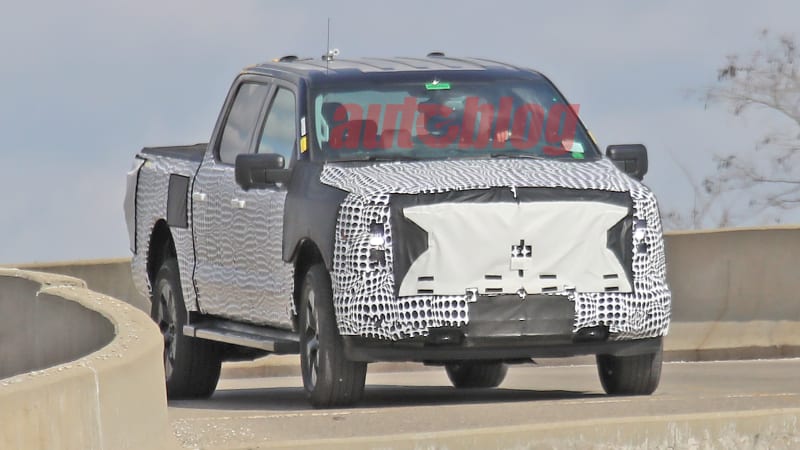 Ford is working hard to get its all-electric F-150 ready for prime time. As we see in this latest round of spy photos, Ford has grafted the updated 2021 F-150 body shell onto its new electric prototype and is now putting it through its paces.

From a distance, an F-150 is an F-150 an F-150, but this one immediately stands out not from what has been added, but from what is missing: a tailpipe. Upon closer inspection, we see some other tell-tale elements. For starters there is this powerful electric drive unit, which is hidden under the bed in front of the spare part. It’s much wider than the differential you would see on a traditional pickup. Ford likely left the spare wheel in place on purpose to hide it from view.

These shots were taken from a distance so there isn’t much more to learn from the angles of the landing gear. The propulsion unit takes up a pretty big chunk of the real estate back there, and the quality makes it hard to see much else. We can see on both sides which pears are conventional leaf shackles. We’re not surprised Ford is likely sticking to a traditional leaf spring setup here, as it’s likely way too full for coils.

Our spy also took some photos of the prototype’s flanks. There are a few angles that might suggest that the truck’s battery is peeking out from under its left side. They’re not final, but that’s where the ICE F-150’s fuel tank is, so this is a logical place. We suspect the packing is larger than the fuel tank, which means it will likely transition to the passenger side as well (where the exhaust is usually routed).