A car that rubs its feet: GM is trying to patent a foot massager 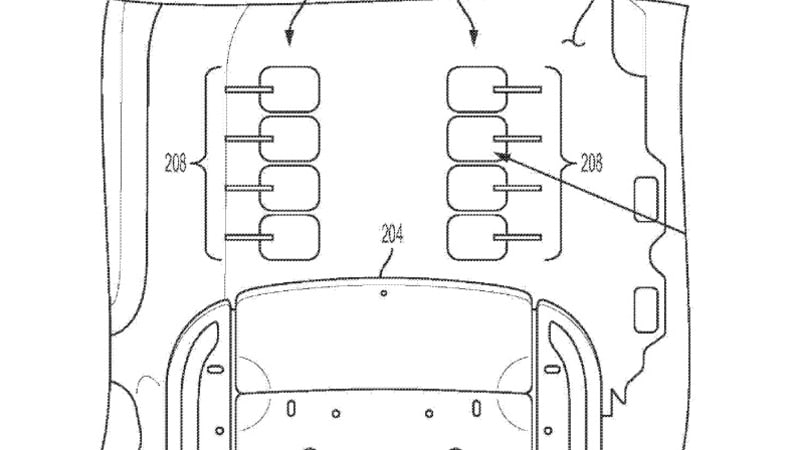 General Motors invented a system that offers passengers (and hopefully not drivers) a foot massage on the go. It described the feature in a patent application but has not yet publicly announced that it will introduce it.

Filed in February 2021 and discovered by JalopnikThe patent describes a system that crams the technology found in many massage seats into the floor, although it’s not clear whether it’s under the carpet or built into the floor mat. In the art, the structure consists of “a plurality of pneumatic elements arranged on the vehicle floor, an air pressure generating device and a plurality of connecting lines which are each connected to one of the plurality of pneumatic elements and to the air pressure”. Create device. “It’s easier than it sounds. It’s an electric air pump that inflates a series of interconnected pillows in a preprogrammed sequence that simulates a massage.

It’s too early to say whether the foot massage will be offered for a production car, let alone which model it will inaugurate. When it goes into production, we wouldn’t be surprised if it is offered on the Cadillac Celestiq, an electric sedan positioned as the most luxurious and expensive car in General Motors’ portfolio. It’s largely hand-built and is expected to cost over $ 200,000 when it hits showrooms in 2022.

Of course, nothing guarantees that you will be getting a foot massage in a General Motors car anytime soon. Automakers regularly register patents and trademarks with no plans to use them. In 2020, for example, Volvo patented a steering wheel that slides from left to right on the dashboard. Rollback to 2019, and Toyota filed a patent describing a system that would release tear gas in the cabin if someone tried to steal the car.