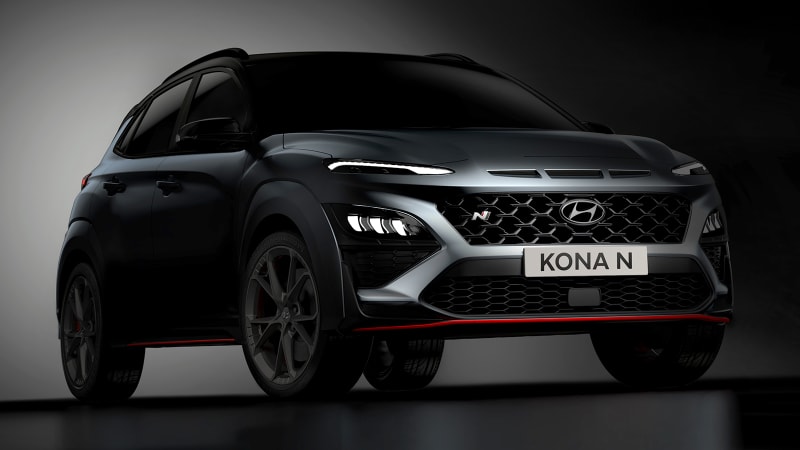 We saw the refreshed Kona revealed in just about every shape from standard to electrical. The only one left to be seen is the 2022 Hyundai Kona N. Although a date has not yet been set, the Korean automaker gave us a surprisingly insightful look with these teaser photos.

Most of the N is very similar to the less strong N line. It has the same front fascia, grille, LED headlights, and most of the rear fascia. But the N adds a little more aggression with red accent lines around the front lip spoiler, side skirts and rear diffuser panel. It also gets a bigger wing, two fat exhaust tips and the signature triangular LED high-performance brake light.

Hyundai is keeping track of the details, but at least we know there will be a turbocharged 2.0-liter four-cylinder, presumably the same one used in the Veloster N. In this car, it makes 275 horsepower and 260 pound-feet of torque. We still have to know if it will only come with front-wheel drive or if an all-wheel drive option will be offered. It should come with either a six-speed manual gearbox or an eight-speed dual clutch automatic. Chassis improvements and likely Hyundai’s electronically controlled mechanical limited-slip differential will be included.

Although no official date has been announced yet, we are sure to see the Kona N in the next few months. It should go on sale soon after.