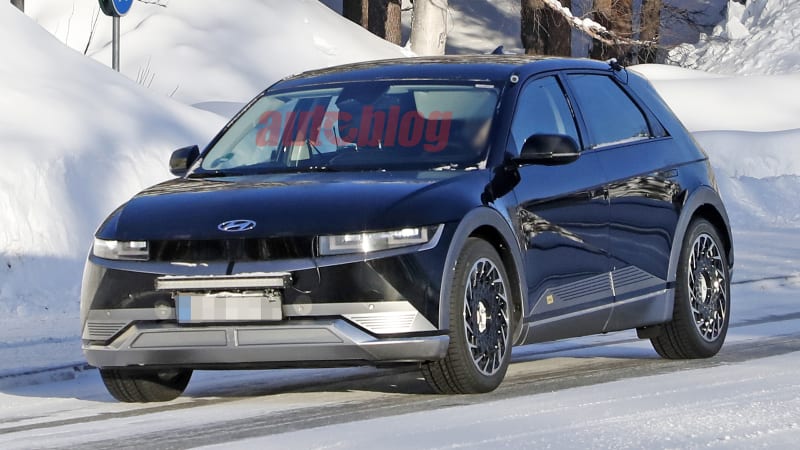 The electric hatchback of the Hyundai Ioniq 5 was only presented last night, and Hyundai is already driving around test cars completely undisguised. And while our spy photographers’ shots don’t reveal any particular details, they give us a glimpse of the car in a different color: in this case a plain glossy black.

Besides being nice to see the car in more than one hue, this tells us something interesting about the car’s bodywork. Instead of the usual matte, anthracite-black plastic that most would-be crossover models use, the Ioniq 5 has a silver-gray color. It forms a striking contrast to the dark black color; it almost looks like it is wearing a tuxedo.

This also appears to be roughly the same trim level as the reveal car, as evidenced by its large 20-inch wheels. The pixelated headlights and taillights look even more unique in reality than the studio pictures. We can also see what the wrinkled body looks like with different lighting and reflections, and it is a standout feature in real life.

The Ioniq 5 will go on sale in the US later that year with one of two batteries and either a single tail motor or two motors. It has a spacious interior with a flat floor. It also has an 800-volt fast charge that can charge it from 10% to 80% in just 18 minutes, and it can even power AC adapters.