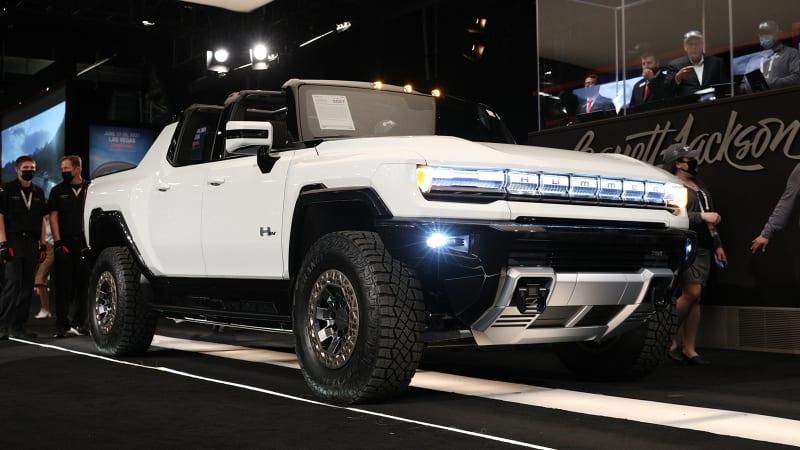 Some of the first examples of hot new cars took place at this year’s Barrett Jackson auction in Scottsdale, Arizona: VIN 001 of the GMC Hummer EV 2022, Cadillac CT5-V Blackwing 2022 and CT4-V Blackwing 2021 Ford Bronco, 2021 Ford Mustang Mach 1 and 2021 Ram 1500 TRX. Each and every one of them sold for well over six-figure amounts, with all of the nearly $ 5 million proceeds going to charity, but the big winner was absolutely the $ 2.5 million Hummer, which was auctioned off at $ 2.5 million. The Bronco also did well with a retail price of $ 1,075,000. You can see the list of selling prices from highest to lowest of these first examples below.